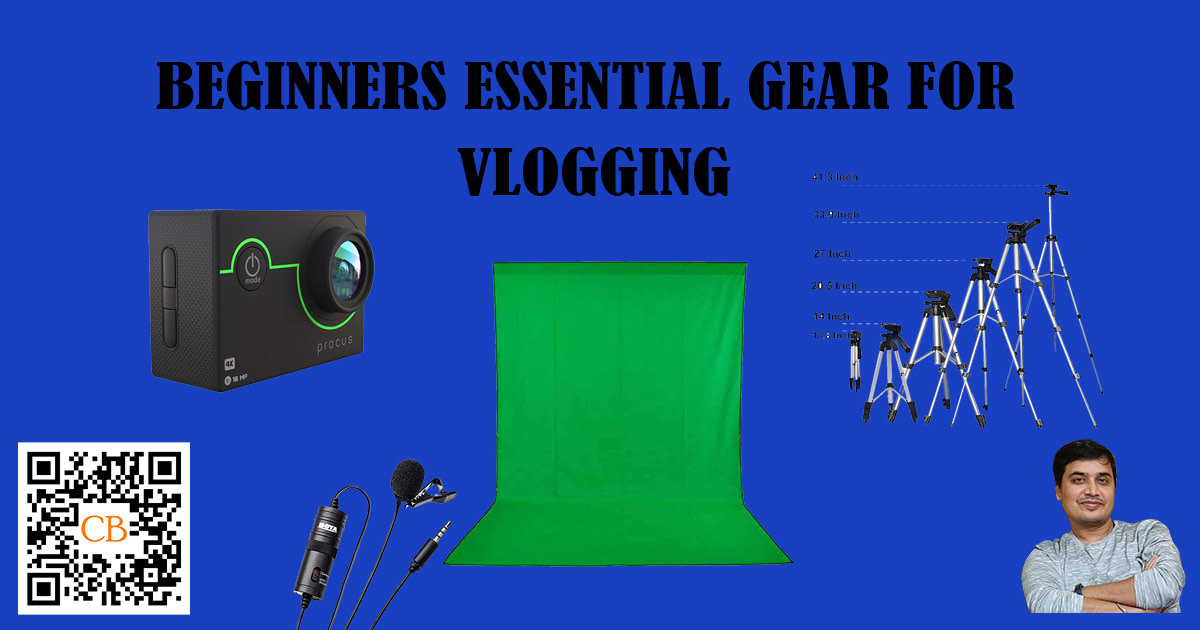 A video blog or video log, sometimes Vlog is a form of blogging in which a person instead of writing the content use video as a medium.

It gains immense popularity because it is more easy to express ourselves in the form of video rather than writing the whole long post.

You can either publish the Vlog video on the video-sharing platform like YouTube or host it on your own domain. Vlog user also uses text, images, and other metadata to make video to appear appealing to the masses.

Vlogging has become one of the most popular forms of digital entertainment. It is popularly believed that, alongside being entertaining, vlogs can deliver deep context as opposed to blogs.

The personal vlog is an online video which is recorded by an individual expressing themselves.

Video Blog that to educate the viewer about a particular subject.

Video Blog designed to be formal and create a health discussion sometimes a debate on a particular topic.

To do the Vlog we require some set of hardware. Based on my past experience, we can start the Vlogging in less than ₹5000 or $70.  The basic device we need is a camera, a microphone and a camera stand (Tripod).

and if you want to make it more professional, you can also use a Ring Light and a green screen.

Vlogging isn’t all that difficult and with just a simple video equipment you can create quality content. A good camera, microphone and some good lighting with tripod make a good difference.

A green screen for those who want to make it more professional if doing Informative Vlogs or Conversational Vlogs. There are plenty of tools available in the market but right now I focused on the basic one.

Finally, I can say, the quality always matters rather than quantity. So readers, keep making videos and if you used CouponBoyz recommendation, do share your videos in the comment section.

We are social now!

Use this code at store name